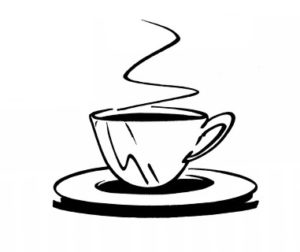 Startup's press guide part I: Think like a reporter

By Herman Cheng and Ovey Yeung

After years of hard slogging, your startup is finally ready for its close-up. You want to tell the world about your amazing product, so the next step would be to pitch it to a reporter, who then writes a glowing feature, attracting deep-pocketed funders and scores of new customers, and everyone lives happily ever after. The End.

Here’s the problem: There are many more startups than there are major publications. That makes it a buyer’s market, just like pitching to a VC all over again. You need to explain (in email form, no less!), why your company stands out, why the technology matters and why their readers should care. That’s why you need to think like the people to whom you send those emails: The reporters.

What do reporters want?
Here’s another challenge: Almost all tech reporters will see any minor piece of news from a tech giant like Google, Amazon, Microsoft, Apple or Facebook as more newsworthy than the launch of another startup. A major executive from any of these big tech brands can make a random public speech and generate many times more tech coverage than your launch. The only exception to this is if you have received new funding (assuming it’s a substantial amount, like over $10-million), got acquired (preferably by Alphabet, Amazon etc.) or IPO’d. It’s sad, but don’t take it personally. That is just the reality of the market, and it’s important to know this so you can adequately prepare, cause it is going to get rough.

Joel Andren once stated that there are only about five instances in which reporters might be interested in you:

The company launch can be the most obvious starting point, whether it’s at the exact time when the product is available or during a closed beta. However, as mentioned, they can be difficult to get press for, unless either your offering or the founder is noteworthy to reporters in some way— say, your app credibly claims to solve global warming, envisions a new Internet, or you’re a celebrity founder like Ashton Kutcher.

Put yourself in their shoes
So think about whom you’re pitching to. The best reporters want to write thought-provoking stories that matter to their readership and to society as a whole, not a fluff piece for a ribbon-cutting ceremony on an obscure startup. They also want exclusive stories on the next big thing. Think about how you can pivot your approach to cater to their needs.

It helps to have a journalistic instinct (which is why so many PR professionals got their start as reporters). Think of yourself as the writer for their publication—you are in desperate need to attract views and broaden your readership. Is there a hot story angle that no one has ever thought of before? Maybe there is something about your startup that taps into a wider trend (assuming that trend doesn’t involve failed startups).

Or perhaps even one of your vendors or partners has a human interest story—say, your partner has an interesting history and their working with you has some special significance to their own personal journey. This may require some brainstorming and teasing out, and it will help to get feedback from reporters or insiders that you know if any of your potential stories have traction.

Once you’ve got your storyline and game plan laid out, you’ll need to start building some relationships with the press. Hopefully you’ve have started on this road a while ago. We’ll go more into this in our next piece.